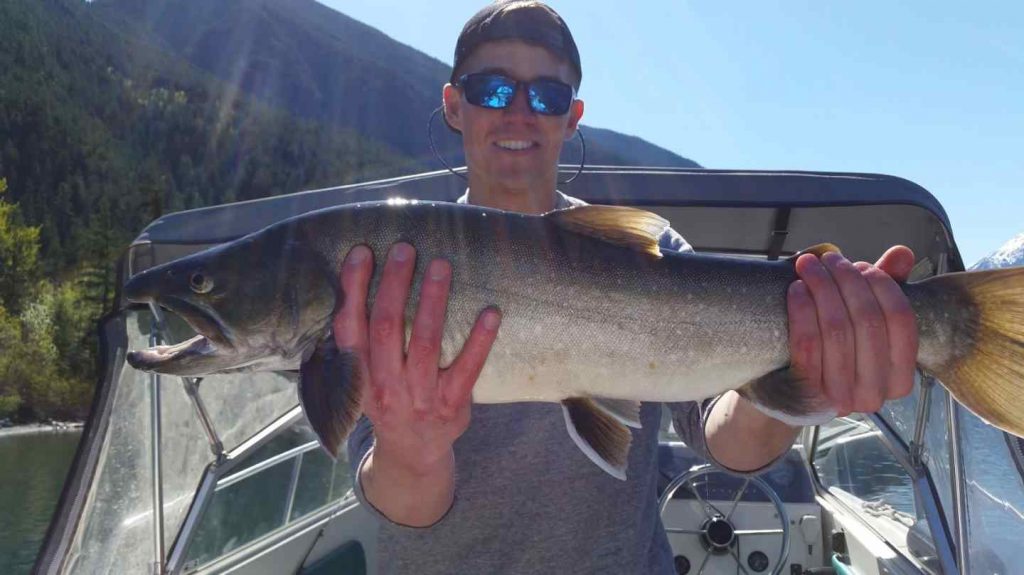 Multiple Day Freshwater Fishing Trips in British Columbia Canada.  First of all, it truly was a toss up which picture of Pete’s was going to be in the header.  On both days Pete caught trophy status Trout.  On the First day Pete joined our fishing guide Scott on a full day fly fishing tour.  During the day Pete got to fly fish 2 of our lovely streams in Pemberton, BC.  He capped the day off landing a huge Coastal Cutthroat Trout while fly fishing.  Pete would be first to admit that these Cutthroat are pound for pound one of the hardest fighting fish in the World.  Throughout the course of the day the boys landed numerous Trout, shared stories and plenty of high fives.  Pete, being from New York was a bit overwhelmed by the pure beauty of the surroundings and the quality of fishing.  Fishing is a Fun Things to do in Whistler, BC. 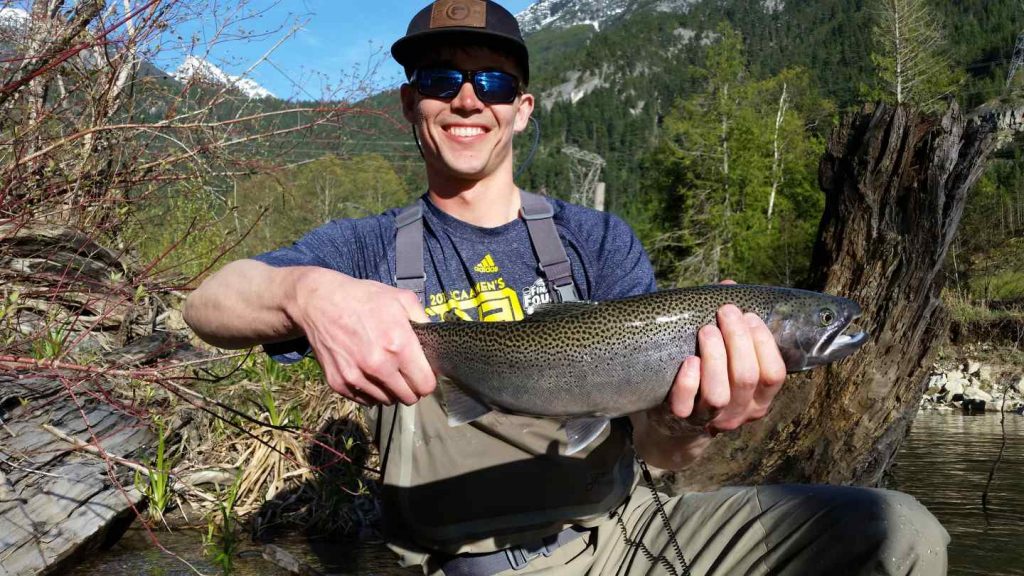 During the Second day Pete joined Brad Knowles on a fishing adventure to one of the many lakes surrounding Pemberton, BC.  We only had a half day to work with so Brad kept Pete focused on the prize.  The prize being the possibility of catching a Bull Trout weighing in with a mass of over 20 LBS.  Bull Trout are known to be ferocious feeders and tops of any food chain when it comes to fish in a Lake.  When flies or lures are presented in a manner they find desirable, it’s almost like work reeling them in.  After a short period of getting Pete dialed in I heard a short grunt come from his mouth.  I turned to see his rod doubled and the pure look of excitement on his face.  The battle took nearly 20 minutes and ended with a great picture and a huge Bull Trout being released back to the lake to live another day.  Let’s just say Pete will be joining us again next year. 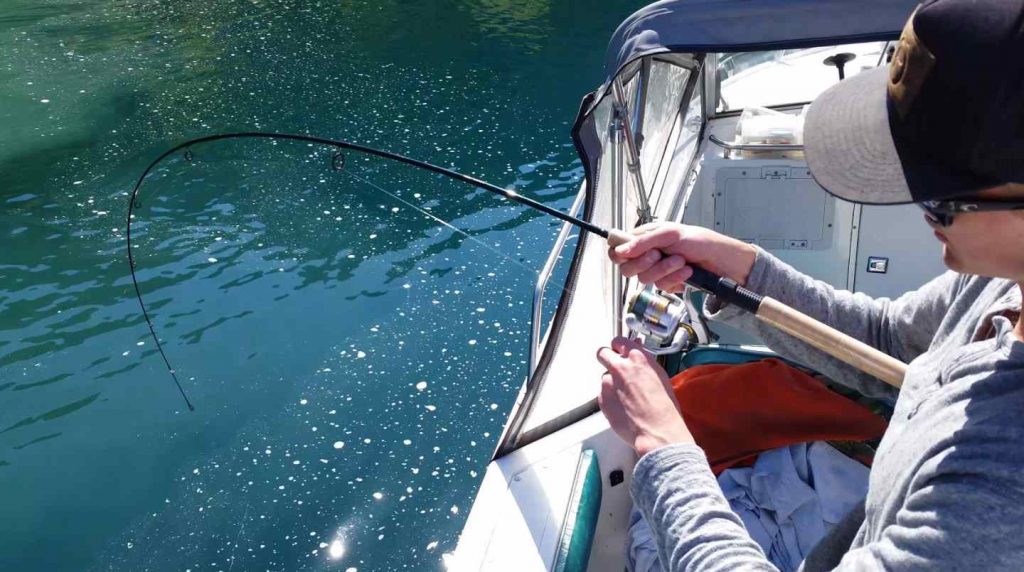 Fun Things to do in Whistler BC

Below we have added a few pictures and a video of Pete’s massive Bull Trout.  If you are thinking of fishing in beautiful British Columbia, Canada give our Booking agent “Melissa” a call toll free (877)905-8121 or email info@pembertonfishfinder.com Melissa can save you a bundle on your accommodations and align a fishing trip that fits your needs and budget.  Visit our website to view fishing trips we offer https://pembertonfishfinder.com/

We look forward to fishing with you, 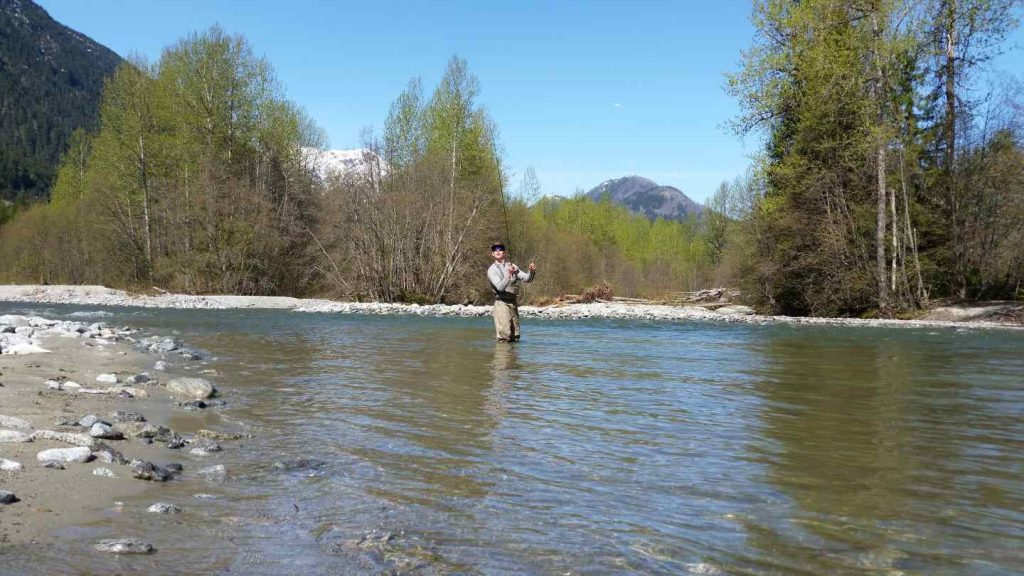 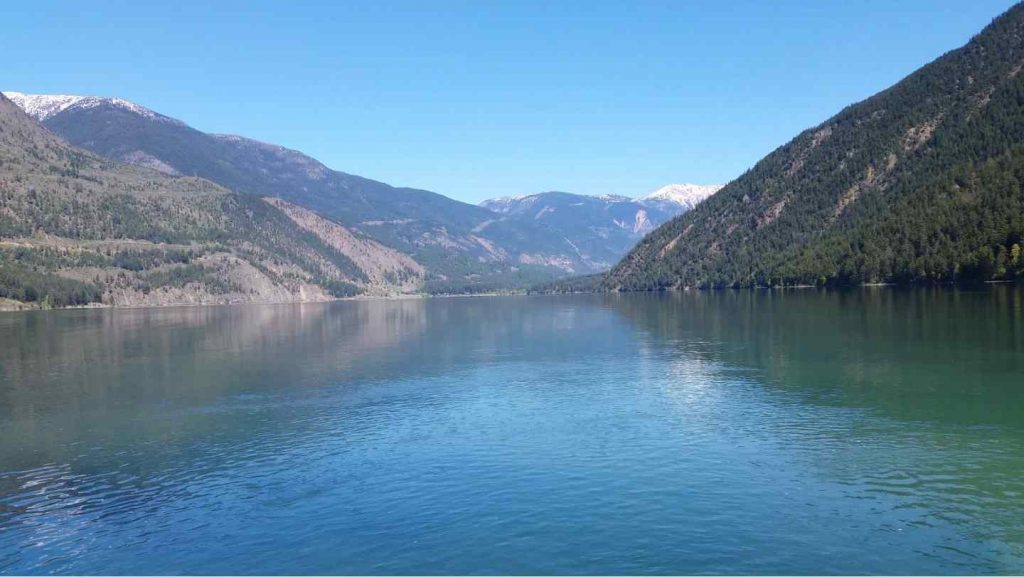 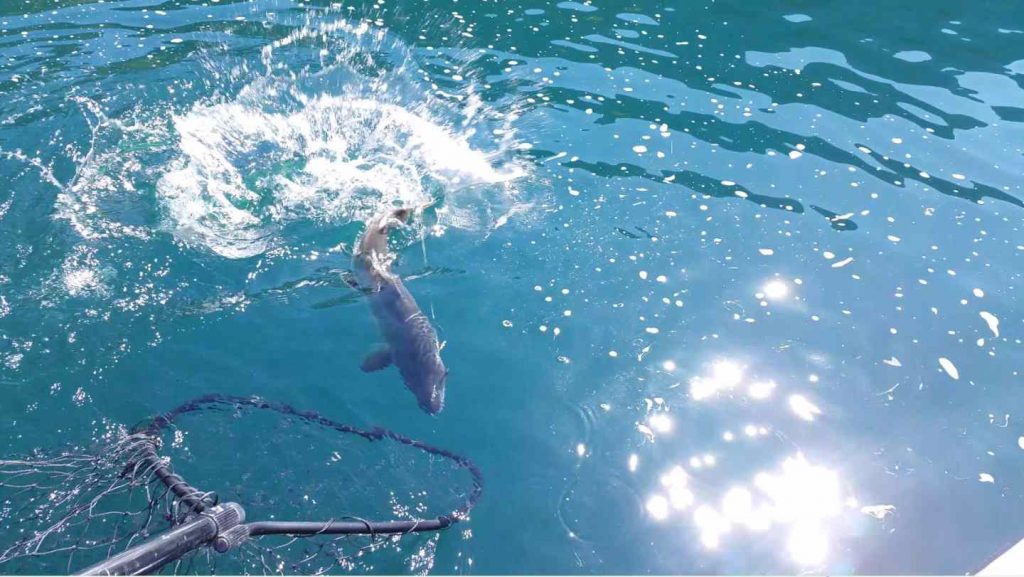 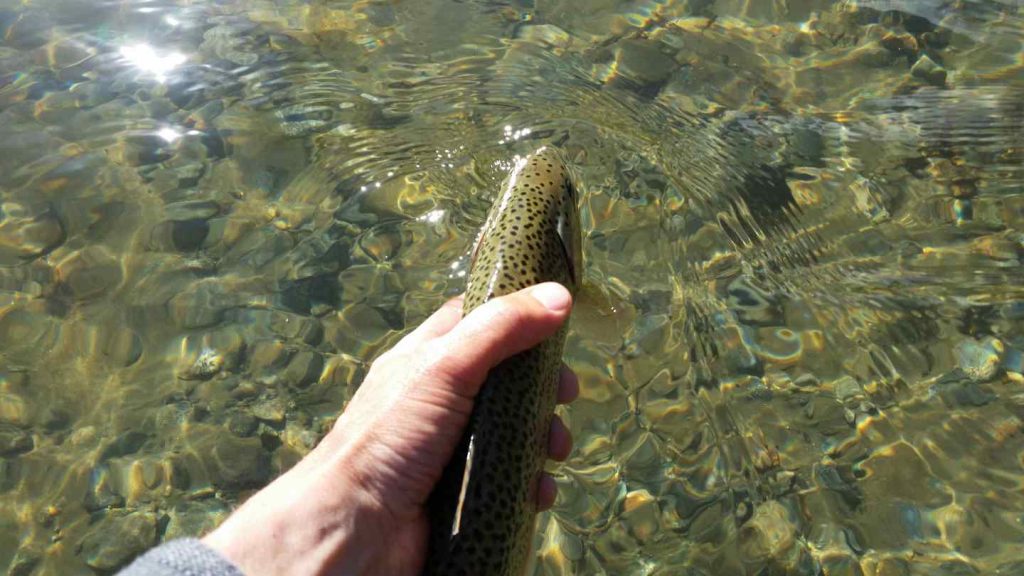 I was born and raised in Pemberton, British Columbia. As a young boy, the small town of Pemberton didn't offer the youth many things other than great fishing. So every waking moment I would be seen fishing the local rivers and lakes on a daily basis. In 1976 My Father "Ivan Knowles" opened Spud Valley Sporting Goods Ltd, and how fitting he had his two boys running the shop who were both very avid in hunting, camping and most of all ... fishing. Everyday people from all over the World would come in and get the local scoop, buy their gear and be off to catch fish. Later on My local knowledge and ability to help people catch fish would come in handy. Soon I ventured away from the family business to work as a angling guide for 5 years. In those 5 years I stared in my own fishing show called ELITE FISHING which was seen by 100,000 people a week on Whistler Cable. I have made a name for myself as the man to see if you want to catch fish. Now back working at Spud Valley Sporting Goods Ltd, "The Family Business", I love working with my brother Sheridan and father Ivan. Also a proud member of the fisheries committee for Pemberton Wildlife Association - helping make local decisions on local fisheries. I have a passion for fishing and seeing other people catch fish and this shows with my New Business venture The Pemberton Fish Finder, Visit my website for the Best fishing Tours and Fishing Reports for Whistler, Squamish, Vancouver, Lillooet and Pemberton BC, Canada. Book a Fishing tour of a lifetime today call toll free 1-877-905-8121 or email info@pembertonfishfinder.com Visit our website http://pembertonfishfinder.com for more information and rates. 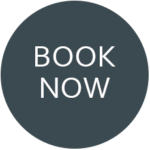 Fishing Trips We Offer in Canada

All data and information provided on this site is for informational purposes only. Pemberton Fish Finder makes no representations as to accuracy, completeness, currentness, suitability, or validity of any information on this site and will not be liable for any errors, omissions, or delays in this information or any losses, injuries, or damages arising from its display or use. All information is provided on an as-is basis.
Translate »